250,000 people die annually because of medical mistakes. The statistic doesn’t sit so seamlessly with the claim that we have the world’s best healthcare. Dr. Richard Klein of Yorktown long ago noted the discrepancy, and has not sat idly in the face of the system’s inadequacies.

Klein’s documented response came in 2006 with his book, Surviving Your Doctors. The impetus occurred after years of offering malpractice testimony. “I had about 20 cases a year, and I saw all these horrible outcomes,” remembered Klein, who graduated from NY Medical College in 1967.

Klein begins with a personal story that highlights the importance of getting the first diagnosis right. A friend went to the hospital with abominable pains and was given demerol. But doctoring 101 dictates that pain medication shouldn’t be given until a proper diagnosis is made.

As a result, symptoms subsided, and the actual cause didn’t surface. “The emergency room physician not only killed the chance for my friend to be properly diagnosed and treated in a timely manner, he killed my friend,” Klein wrote.

The oversight still leaves Klein at a loss. But his book isn’t solely about pointing out pitfalls. Klein insists that patients must question doctors. “Their diagnosis has to make sense,” Klein is succinct.

So when chest pains put you in the E.R. the explanation must be clear. According to Klein’s book, an electrocardiogram will diagnose a heart attack with only 50 percent accuracy, a 30 minute delay increases mortality by 10 percent, and five percent of patients who present are released in error. “If you feel you are not getting your questions answered or getting the treatment you need, you must take a stand,” he wrote.

Less dramatic but more problematic are lab results. “There are five million lab errors every year,” said Klein, who began his Yorktown practice in 1970.

So no news isn’t necessarily good news. The returning call may have been overlooked, while good news received might have been meant for another patient.

Therefore, all results must be explained by your doctor. Either way, questioning still applies. “The leading cause of medical malpractice resulting from negligence stems from a wrong initial diagnosis and the failure of the physician to change his or her mind,” Klein wrote.

He even uses himself as an example. Klein once treated a pneumonia patient with antibiotics, and was not aware of the negative interaction with a new medication the patient was on. The patient was soon coughing blood.

While Klein putting no blame on the patient, the incident includes a lesson. “If my patient had taken a proactive measure to ask his pharmacist and myself about possible drug interactions before taking the drug, he could have facilitated the communication sooner, and prevented the experience he went through,” lamented Klein.

Diligence, in terms of surgery, is also prescribed. A personal anecdotal helps make the case. “When I first went into practice, there were two or three surgeons who took care of the whole community,” he said. “Over the years, 30 or 40 surgeons moved in, and that’s disproportionate to population.”

So second opinions are a must— especially in consideration of training. “If you go to a surgeon, he’s going to think surgically,” said Klein.

If the knife is inevitable, Klein recommends the morning. Surgical teams are more alert, watching the clock less and the environment is more likely sterile.

Hospitals also seek a hasty discharge. So a morning operation increases the likelihood that you’ll stay the day for observation.

Of course, hospital stays have risks, so be diligent about the drugs administered, any symptoms, and being a “whistleblower.”

Around 1850, Dr. Ignaz Semmelweis stationed hospital nurses in Budapest to blow whistles whenever a doctor entered a room without washing hands. “If doctors know they are being watched, maybe 50 percent wash their hands,” Klein claimed.

So problematic doctors aren’t singled out, and statistics show that five percent of doctors are hit multiple times with malpractice rulings. “There should be retraining programs to get doctors out of their bad habits,” Klein insisted.

Unfortunately, Dr. Klein is not optimistic. “The insurance companies give money to congress, and they dictate where we go,” he said.

This leaves surviving your doctors up to you. 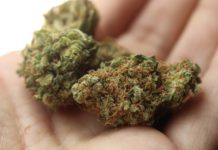 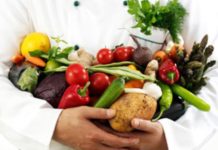 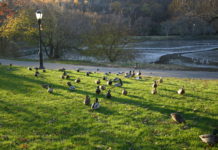 52 CAN DO’S: Healthy Lifestyle Solutions for each week of the year. 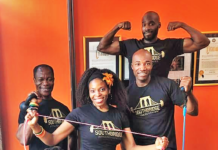 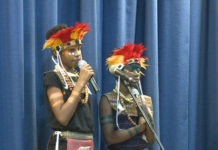 Passing On The Culture 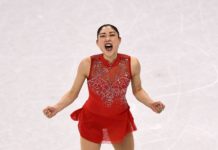 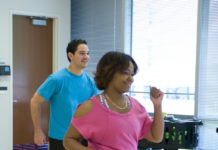