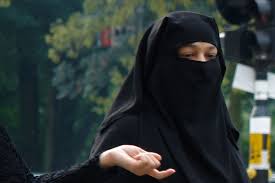 Sri Lanka has banned face coverings in public, a move that came eight days after a series of bombings on Easter Sunday killed more than 250 people and wounded hundreds.

In a statement released on Sunday, President Maithripala Sirisena said the decision was part of measures to strengthen national security and to create a “harmonious society in Sri Lanka.”

The law which took effect on Monday prohibits the wearing of any facial garment that “hinders identification”.

Meanwhile, the move has been heavily criticized by citizens and members of the Muslim community since it has implications on the wearing of niqabs and burkas.

A niqab is a face-covering worn by Muslim women while a burqa is an outer garment that covers the entire body and the face.

Activists say the ban is an infringement of women’s right to freely practice their religion while some citizens argue the move is seeking to strip Muslim women of their identity.

The Sri Lankan population comprises a little over 21-million people, majority of whom are Buddhists. Muslims account for less than 10% of the population while a little under 2% practice Christianity.