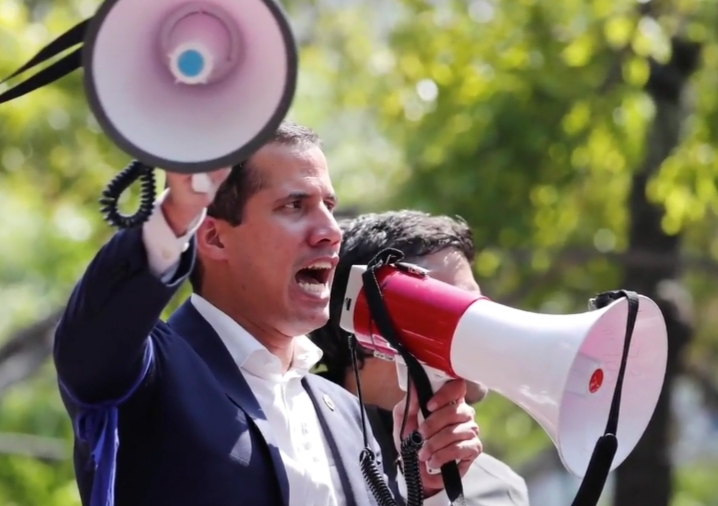 In a televised address late Tuesday Venezuelan president , Nicolás Maduro warned the move by opposition leader and head of Venezuela’s National Assembly, Juan Guaido to overthrow his government “will not go unpunished”.

His address came hours after an uprising led by the opposition leader sparked concerns among international leaders over the future of Venezuela as it plunges further into political and economic chaos.

While congratulating the country’s armed forces for having “defeated” Guaido’s organized troops, President Maduro accused his rival of intentionally spreading violence across the country.

Venezuela fell even deeper into economic crisis when its hyperinflation hit 1.7 million percent in 2018 due to mismanagement.

Since 2015, some 3 million Venezuelans have fled the country amid an upsurge in violence, food and medicine shortages as well as power outages in recent months.

What happened on Tuesday?

Black smoke and tear gas could be seen over Venezuela’s capital on Tuesday as opposition leader, Nicholas Madura called for a social uprising in an attempt to overthrow “legitimate” President, Nicolás Maduro.

In a video posted on twitter early Tuesday morning, the opposition leader called on the support of Venezuelans and the military to undertake what he said was the “final phase” of his campaign to oust Maduro.

Shortly after his announcement, Guaido’s planned coup disintegrated into an ugly confrontation involving his troops and soldiers supporting President Maduro.

A video footage showed a military vehicle driving into protestors culminating what is widely viewed as Guado’s most violent attempt yet to remove Maduro from power.

Maduro, has earned the support of countries like Russia, China and Cuba while Guaido continues to be backed by the United States and most Latin American countries.

In January Guaido declared himself interim president calling Maduro’s re-election in 2018 illegitimate. One of his main campaign promises is to put an end to Maduro’s socialist regime.