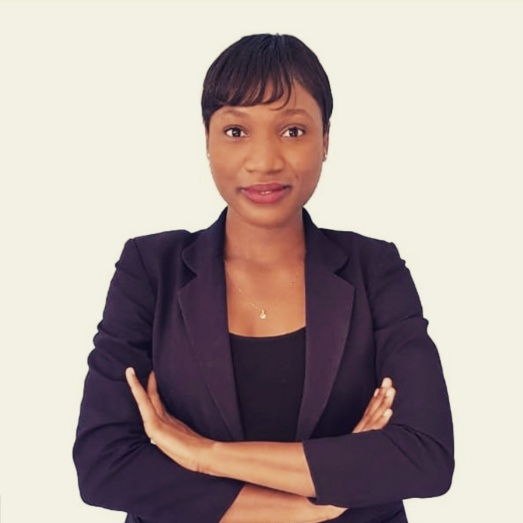 Living by her mantra, “I can do all things through Christ”, Author and Christian Minister, Shadeen Anglin, has ventured into the male dominated world of game app development, to create what she describes as the ultimate game for families.

The App, Bible Quiz Time! – (Genesis – Revelation) which will be officially launched July 15, 2020 on Facebook, comprises over 1400 questions extracted from all 66 books of the Bible.

Miss Anglin says it is intended to test persons’ knowledge of the Bible in a fun and exciting way.

“The user interface was inspired by the Holy Spirit who revealed in a dream certain creative elements that would intrigue both adults and children,” she says, adding that “unlike most bible quiz apps that are generic in nature, Bible Quiz Time! – (Genesis – Revelation) provides an exceptional and organized interface for users, allowing them to answer questions from any book of the Bible.”

Miss Anglin who is quite new to the business of game app development explained that the project got underway some 15 months ago during a time she recounted as being most challenging.

“When the Lord gave me the idea in my dream, I was enrolled in school as a full time student and I also had a full time job. Important to note is that in both capacities I was required to do a lot of researching and typing which would hurt my fingers at the end of the day. So when this project was added to the list, one can only imagine how much pressure I came under and how many sleepless nights I’ve had to endure just to make this dream a reality,” she said.

Attributing her strength and prowess to her relationship with God, a reflective Miss Anglin says the journey was “worth it after all”.

“Some of the best things in life take the longest to come forth and like a woman in labour who suffers pain before giving birth, except we go through pain these things will not come forth,” she said, stressing that work on the project has taught her patience and endurance.

Pointing to the global pandemic which has led to the closure of several churches and a surge in the use of the internet, Miss Anglin noted that children were now at an even greater risk of being exposed to inappropriate content.

In light of this, she strongly believes that the app has come at an opportune time.

“There is a major physical and spiritual disturbance that is taking place, the effects of which is manifesting in children’s behaviour toward parents and vice versa. Bible Quiz Time! – (Genesis – Revelation) is one of the tools God is using to cauterize some of these dysfunctional relationships and to initiate what I call a badly needed spiritual recharge that will help reconnect family members,” she said.

The freelance Editor and former Radio Broadcaster says she is on a mission to impact lives “one prayer at a time”. With a strong presence on social media, the young Author and Christian Minister continues to inspire youth to find their true identity and to walk in their God given purpose.

She is encouraging aspiring entrepreneurs to hold steadfast to their dreams despite the challenges.

“They are not meant to break you but to shape you into the leader you must become,” Miss Anglin said.