On Thursday, January 11th in lower Manhattan, several elected officials were among protestors who were arrested as they demonstrated again the I.C.E detention of an activist.

Council Member Jumaane D. Williams was arrested alongside Council Member Ydanis Rodriguez and a group of activists as they protested the detention of Ravi Ragbir, a community leader and executive director of the New Sanctuary Coalition who has lived in America for over two decades.

During a routine check-in with Immigration and Customs Enforcement at the Jacob K Javits Federal Building, Ravi Ragbir was detained by ICE officials and removed from the building in an ambulance. Council Members Williams, Lander, Johnson, Menchaca, and Rodriguez joined State Senator Gustavo Rivera and Assemblywoman Jo Anne Simon, along with supporters of Mr. Ragbir and a group of activists in protesting as the ambulance left the building.

Several of the protestors were peacefully demonstrating when     officers began forcefully removing them. They were bodily thrown into a police van, and  removed from the area . 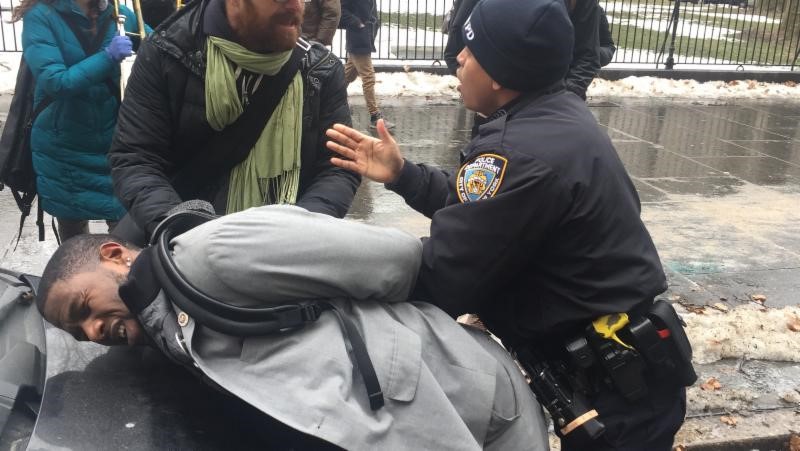 After those arrested had been removed, the remaining group of activists continued to chant in support not only of those who had been taken by the NYPD, but Ravi himself. Ravi Ragbir is a dedicated community educator, spokesperson, and advocate for immigrants.  He has served on the Board of Directors and Steering Committees of both national and local non-profit organizations.  He has educated other advocates, allies, community organizers, and elected officials on immigration issues as well as new policies and reform proposals from Congress.

The detention of Mr. Ragbir at this time appears to be part of a larger crackdown by ICE and the Department of Homeland Security on immigration and immigrants living in the United States. 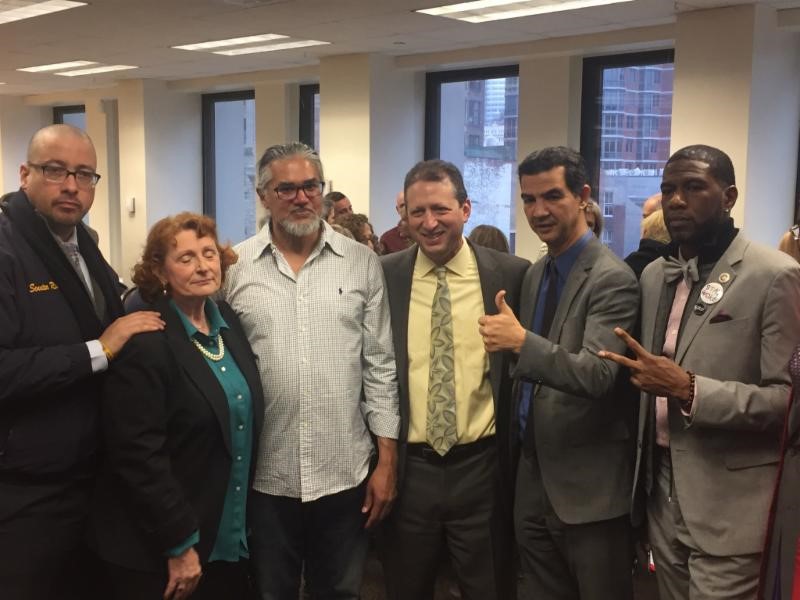