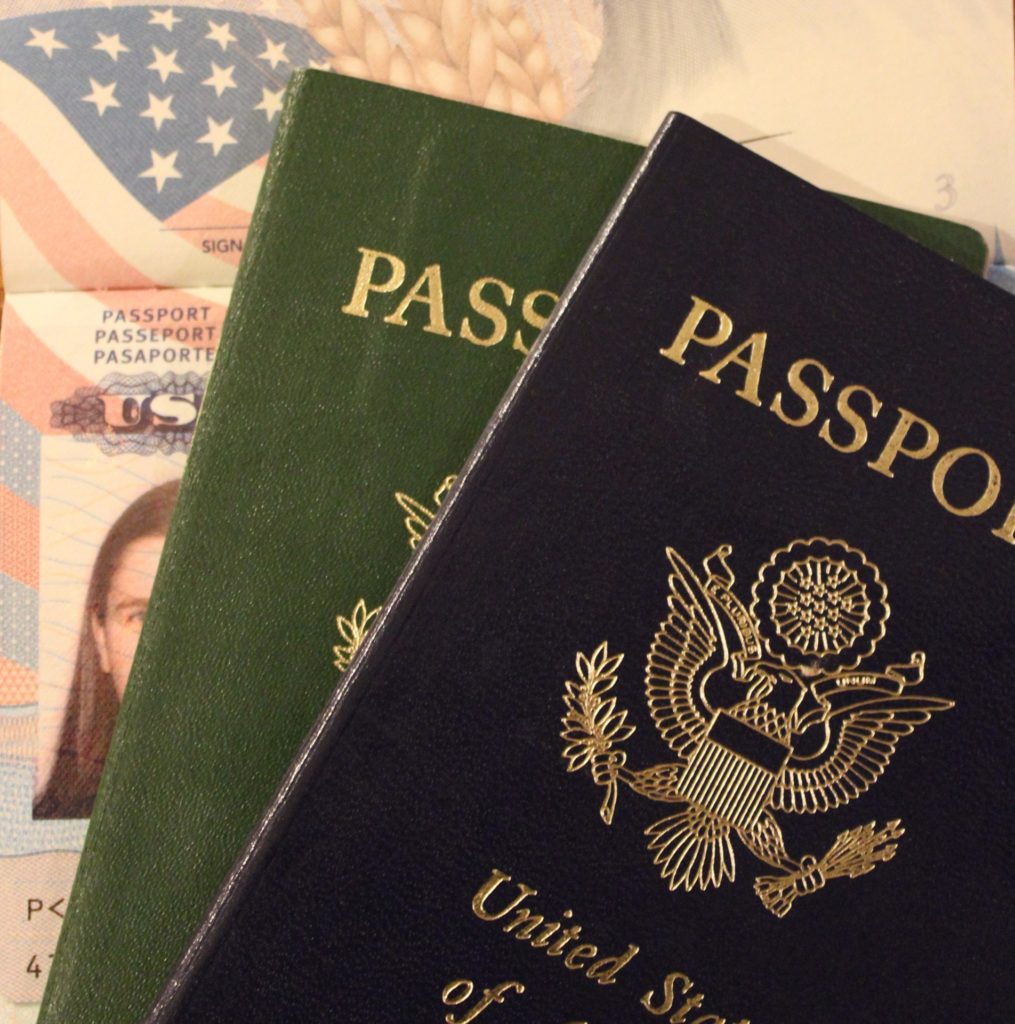 The People’s United Party (PUP) have always been against granting Belizeans with dual citizenships who live in the United States their constitutional rights. On the other hand, the United Democratic Party (UDP), pretended as if they were in favor of granting Belizeans with dual citizenships their full constitutional rights but refused to do it when they won the election in 2008. This was further displayed recently, when they did everything in their power to stop Belizeans living in the United States and abroad from voting in the ICJ Referendum.

This was one of the most important matters on which our people must decide. The only political party in our country that has a clause in its constitution to grant our citizens with dual citizenships their full constitutional rights is the Belize People’s Front (BPF). There are thousands of natural born Belizean citizens who have served in the uniformed services in Belize and now reside in the United States and possess dual citizenship. These are individuals who are willing to fight on behalf of their country if attacked by any foreign nation.

Also, there are Belizeans living in Belize who were born in the United States and Belizeans who were born in Belize and became citizens of the United States, who returned home to live permanently and cannot run for office or qualify for certain government privileges and benefits unless they renounce their US citizenships. Belizeans who possess US citizenships cannot easily renounce their citizenships because they will not qualify for many benefits in the United States that require that they possess it. But, their rights are being denied due to the ambiguity which exists in our constitution today that swearing allegiance to a foreign country disqualifies them from their constitutional citizenship rights. All Belizean citizens are entitled to the same rights and privileges under the constitution of Belize despite their citizenship status.

Unequal protection of citizens by the government of Belize, is in violation of our constitution because equal protection of citizens is a fundamental principle of citizenship and what our constitution guarantees. For the political parties and the government of Belize to deny Belizean citizens with dual citizenships their constitutional rights, it is a gross violation of our constitution and a big blow to the principles of democracy. Our Belizean brothers and sisters who possess dual nationalities, have and continue to contribute a lot more to the development of our country. In fact, their contributions is a major part of our revenues with their American dollars pouring into our country daily.

If we do not get their money, our foreign reserves will be depleted and we will risk having our Belize dollar devalued. Plus, many of our citizens who depend on their support at home would not survive. If we were to amend our constitution and set up the framework for our people to participate in the process more meaningfully, our social, political and economic development would be a lot better. There are several countries in the world like the United States of America, that grant their citizens the right to vote by proxy and to run for political office with their dual nationalities intact once they meet the requirements under their election laws.

I have written several articles in the Caribbean News Now on how Proxy Voting can be implemented by our Belize government if they choose to do so. The current Prime Minister of Belize, Hon. Dean Barrow, has also recommended the Article-7 Amendment to resolve the problem with our citizens who possess dual nationalities. Let us table it and pass it before the upcoming election. There are a few Belizeans who in their selfish thinking,  cannot see the benefits of this amendment and are still adamant against it for petty reasons.

I have been encouraged over the years by many Belizeans who have now become supportive of the Belizeans who possess dual nationalities, and more are joining this group. Many Belizeans who live in the United States have served in some capacity in the United States Armed Services. These Belizeans possess military experiences that our country can use in the event that our country is attacked by Guatemala or another foreign nation. They have indicated to me that they would not hesitate to fight for our beloved country if attacked today by any foreign power.

I do not think that Belizeans, would like to let this opportunity pass by knowing the insecure military situation that our people and country are facing today. The Guatemalans continue to cross our borders at will every day, and nothing much is done to them. They even shoot at our soldiers and we are being told not to shoot back at them. The Belize-Guatemala dispute has been unresolved for centuries, with no end in sight, and our future is in question as a sovereign nation.

Based on my military experience all soldiers are trained to protect and defend themselves if they are being attacked by enemy forces. What is the purpose of a soldier being armed and ready to defend him or herself and then being told that he or she cannot use his or her weapon? The Belize Defense Force which some of us served, is not capable of defending our country by itself against Guatemala. We will definitely need the entire population of Belize and assistance from abroad to defend our country from any invasion. We should embrace all these natural-born Belizeans, and all the Belizeans who acquired their citizenship through Belizean descent to come into our country to defend and develop it. Belize needs a collective defense strategy to defend itself against Guatemala and all foreign enemies. We should pass a law that all Belizean citizens must serve in the active or reserve element of the Belize Defense Force for three years, between the ages of 18 and 35. This will give our citizens the skills to use a weapon in the event that we need their services. Failure to serve within those years will result in a fine or imprisonment, or both.

Our population is small compared to Guatemala, with its estimated 12 million people and 1 million troops. We do not want to fight Guatemala or any other country, yet we must be prepared to fight them if they decide to fight us. Guatemala has a plan for Belize, and that is to send all their citizens across the border to live in Belize and the invasion will come from within the borders of our country. Many of the Guatemalans and Salvadorans to whom we are giving citizenship, have served in their countries’ armed services and they know how to fight a war, unlike most Belizean citizens. They still are citizens of Guatemala and El Salvador because they have not and cannot renounce their citizenships under their constitution.

A few years ago a presidential candidate from El Salvador, came to Belize to get his citizens to come and vote in the last presidential election. It has been said that some Belizean politicians have come here to the United States to get Belizeans to vote for them in the Belize general elections as well. Why? This is because they are still citizens of their countries. They want our people to go home and vote for them but they do not want them to have their citizenship rights in their country of birth. What a shame! This issue is about one thing, and that is, “the fundamental rights of citizens”. I ask that all those Belizean citizens, who are opposed to the rights of Belizeans who possess dual citizenship, take the time out to read more on this subject matter and change the way they think.

If you had a child that left your house and went to live in a foreign country, is he or she still your child? This is the same for a Belizean who was born in our country and left. He or she is still a Belizean citizen and is subject to be sent back home to his or her land of birth by the other country. When you all are finished, you will have a better understanding of what this whole debate is about.

I am a citizen of Belize, my natural-born country, and nobody will take away that right from me. I am also a citizen of the United States, a country for which I have served in the army. I am proud to be a citizen of these two countries and have earned my citizenship rights; one through birth and the other through choice.

I have served Belize and I have served the United States, and like all those citizens, whether they served or not, we are entitled to all the privileges and benefits allotted to all citizens under the constitution of Belize and the United States of America. I pray and hope that some Belizeans change their minds on this issue because I did not even expect some Belizeans to think so shallow like this. I hope that these Belizeans are not being influenced by some of the selfish-minded people in our country who cannot see the larger picture and the importance of this issue.

As an African Belizean, our population has declined significantly. We cannot compete economically or politically unless we increase our numbers in Belize. If we empower the Belizeans with dual citizenships abroad, we are also empowering ourselves in Belize, because most of them are of African descent, like us. Denying them of their fundamental rights as citizens of Belize will affect us in Belize gravely. I am not in favor of having one ethnic group demonstrate more power over the other in Belize, but the reality of human relations is that people who look alike tend to favor the people with whom they look alike over others. Belize and most countries in the world continue to survive daily on the benefits it gains from its citizens who possess dual nationalities living in the United States and abroad.

This has been documented for years now in all the economic statistics issued by the United Nations and other reputable institutions of the world. Any Belizean who thinks that the Belizeans who possess dual citizenship have not contributed significantly to the human and economic development of our people and nation, is in the minority. Remember that for every day we grant Guatemalans and Salvadorans their citizenship rights, while we deny our natural-born citizens their fundamental rights, we are setting up ourselves for our own demise. I call on the Belizeans living in the United States, to join the movement with the Belize People’s Front (BPF), to ensure that our rights as citizens of Belize be granted to us as soon as possible. The PUP are against us, the UDP made a false promise to us but the BPF will deliver it to us. 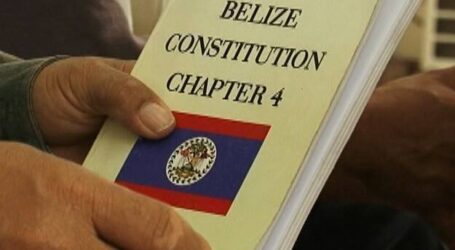 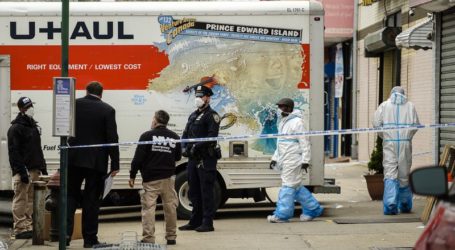 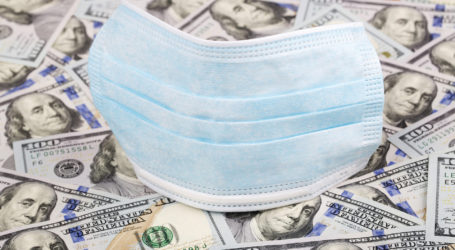