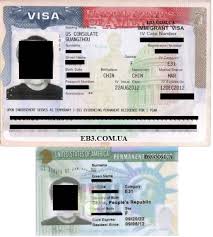 I have been living in the United States for many years now and out of all the West Indian people I have met, Jamaicans are the most who are reluctant to apply for US citizenship. But I find that when I engage them in a discussion and tell them that they have more to gain by applying and becoming US citizens they have second thoughts.

If anybody becomes a US citizen, he or she will have the following benefits; retain his or her citizenship of their country of birth through dual nationality, gain all the rights of US citizenship  except to run for the presidency of the United States,  increase  the opportunity for that individual to obtain some employment that are only reserved for citizens and to make deportation from the United States more difficult because they will be citizens of the United States. Over the years US Immigration laws have become more stringent that deporting people with Permanent Residencies who commit crimes is becoming easier to do by USCIS.

Jamaican people are also more proud of their nationality compared to people from the other English speaking Caribbean countries. In the city of New York they make up the largest West Indian group and they are everywhere in the city as home owners and business people. People look up to them because they are a set of hard working people who know how to make the sacrifices to get the things they need. Most Jamaicans like the people from the other countries came to America with a set of goals in their minds.

Once those goals are accomplished they go back home. On the other hand, if the goals are not accomplished, they stay in this country until they fulfill their lifetime dreams. Some of them end up dying in the United States without their goals being accomplished. They even save money for their bodies to be taking home as their final resting place, if they did not get the opportunity to go home and enjoy their dreams. The United States is becoming a difficult place to make ends meet these days and many foreigners are dying without their dreams being fulfilled.

As a Belizean, I have some of my people who think just like the Jamaicans but they are in the minority. Gangs and crimes have taken over Belize city where most of the black people live and they are reluctant to go home and live. Most Belizeans who came to the United States have and are applying for their US citizenships in large numbers to bring more of their relatives. The cost of renewing their Permanent Residencies and the time it takes to come back to them is annoying. Despite all that is being said, it is still a person’s decision to make as to whether he or she wants to become a US citizen. This issue is being debated by the citizens of all the countries who have their people living in the United States today. I hope that this article has assisted the Jamaicans and people from the other countries with Permanent Residencies, with the information that they need to make an informed decision.