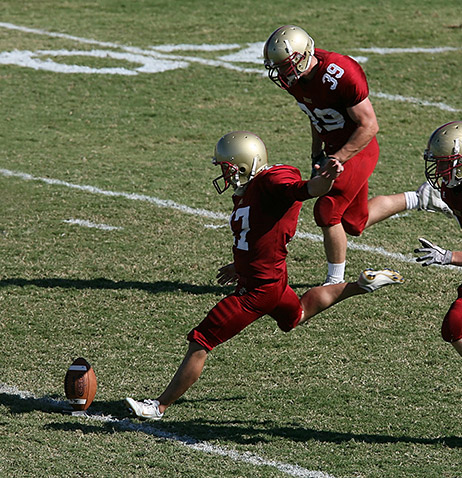 I have been involved with small business in some shape, form or fashion since I was a kid. I have spent the majority of my life developing my own ideas, being an ardent student of small business, and paying attention to the moves of some of the most successful entrepreneurs of our time. Sadly I have been unable to bottle this information and sell it as there is no magic formula for success, however, there is commonality. Though vastly different, successful entrepreneurs seem to exhibit some of the same characteristics. Over the years I have managed to put together a list. The following are my top five entrepreneurial traits.

How Do You See Your Glass

For the most part I’ve chosen to see the world through rose colored glasses. To become a glass half full kind of individual it takes one part personality, one part faith in what you are working toward, and one part attitude. Successful entrepreneurs have learned to manage the negative environment around them, eliminating it if need be in order remain focused on the positive and the goals in front of them.
It Takes Perseverance
I have always believed that a dream and some determination can take you a long way. Many would be surprised to learn that the journeys of some of their favorite entrepreneurs are tales of businesses that either almost never happened or almost went belly up. Overnight success stories are often few and far between. Those entrepreneurs that succeed often found themselves at the crossroads of success and failure and simply made the choice that failure was not an option. As a collegian one mentor gave me advice that I have leaned on over the years. “Most people give up just before they make it, so don’t give up.” Successful entrepreneurs have mastered the art of perseverance.
Crush the Box
How many times have you heard the saying, “Think outside the box”? The phrase has been so overused that it now just feels like a few motivational words strung together. Did the folks at Apple, Google, and now Uber simply think outside of the box or did they kick the box down the street and then jump up and down on it? Following in the status quo has rarely leant itself to greatness. Successful entrepreneurs are not afraid to be creative, different, innovative, or disruptive.

Stay True To ‘Your’ Dream
Entrepreneurial dreams are like snowflakes, no two are alike. Some business owners want to become wildly successful with all of the fame and fortune that comes with it. Some owners want only to change the world, while others want to create a businesses that offer them a certain quality of life. When I founded The Entrepreneur Café, LLC I was only concerned with helping entrepreneurs make more money, have more time, gain more control, and achieve more happiness and fulfillment from their work. Successful entrepreneurs have unique dreams, goals and objectives. The difference is that no matter how far-fetched their ideas might have seemed, these entrepreneurs found the courage to live their dreams on their terms.
Time for Some Action
Some of the greatest ideas ever invented no one has ever heard of. The number of unrealized dreams out there are too many to count. Many of these shortcomings could have been avoided, if only a little action had been applied. Success is not obtainable unless the effort is there to match. One of my favorite sayings from motivational speaker Les Brown is, “At some point you have got to be willing to climb up on the roof and kick the ladder away.” Successful entrepreneurs understand that a plan without action . . . is simply an empty promise.
Cavanaugh L. Gray ([email protected]) is the Director of Business Development for The Entrepreneur Café, L.L.C (877) 511-4820. For more information on how to start, grow and succeed in small business join The Entrepreneur Cafe, L.L.C. on Facebook, Twitter or on LinkedIn.