The music industry knows Nick Dillon by his stage name D’Original Reverence. But outside of music, the roots reggae artist is a family man and a proud father who dotes on his children, particularly one of his daughters: Elizabeth.

His college-bound 17-year-old has her eyes set on life. The Pennsylvania-raised teen recently graduated high school three weeks ago, and will study pediatric nursing field at Mount St. Mary College in upstate New York. While it sounds like a typical move for the average teen after completing senior year, this is just another check off an extensive list of achievements for the young and multi-talented teenager. Hanging out and free time is not a priority for the busy teen and she has no plans on changing that.

“Maybe one day but I feel like there’s so much opportunity out there, so I don’t want to waste any time and just go for it and take it while I can — I can sleep when I’m older,” said Elizabeth.

Upon entering high school, Elizabeth immersed herself into various educational and extracurricular activities to experiment, and determine subject areas that piqued her interest. She found herself in sports playing soccer and running track, taking specialized programs, such as a course for students interested in medical careers, and governmental classes that took her around the country on trips to debate competitions, according to Elizabeth, affectionately called Lizzy.

The entirety of her high school years were filled with activities that occupied her time and mind, along with working at her parents store and other jobs.

She adds that her drive for keeping busy and attaining multiple skills comes from her entrepreneurial parents who both run the Breathless Beauty Organic, Vegan, and Natural market in Milford, Pennsylvania, since young Dillon was a child. She says observing her parents through the years has inspired her to develop as many of her talents as she could having realized the value of having more than one skills from a tender age.

“Honestly I was inspired by just seeing my parents do the same thing, especially my dad who is always doing something and always finding something new to learn,” said young Dillon. “So I kind of followed in that path.”

Meanwhile, a sports injury soon prevented Elizabeth from continuing to play soccer and track, and as a nursing major, she experienced difficulty committing to a team. But the ambitious teen has not quite given up on her passion for competitive sports and hopes to use “any free time to coach younger children”.

With her first college semester approaching, young Dillon says she plans on applying the life lessons she has learnt over the years, while at the same time maintaining a sense of individuality and following her own dreams since she’ll be fully focused on her next round of academia.

“I don’t want to do the same thing my parents are doing — I want to do my own thing, but I wanted to branch out and learn as much as I could while I was still in high school because I know when I go to college, it’s going to books and tests,” she said.

One of the highlights of being raised in a family-run business is finding and seizing the opportunity to create her own. Elizabeth and her younger sister, Lalibella, became young entrepreneurs by teaming up to make and sell lemonade a few years ago. Their sweet drink was a hit, and that launched the creation of Sister’s Pops — their brand of frozen treats sold out of her parents store.

Although she won’t have time to fully dedicate to Sister’s Pops while away at school, Elizabeth says there is a possibility that entrepreneurship will find its way back into her life. But before it can happen, she wants to establish herself in her career.

Along the way, guiding and supporting her dreams and interests, will be her parents. Her father says allowing his daughter to explore and discover her likes and dislikes, is his style of parenting because he does not want his children to feel limited.

“We just let her be herself,” he said. “I am a strict parent but I’m a fair balance. We have to be flexible as parents, and be the best example of yourself and then your children will follow, because your kids will take bits and pieces of you and do their own thing.”

As a result, he is a big factor in his daughter’s life and she adds that she uses her father’s life with trial and error to map out her own.

“My dad is a very big inspiration in my life, and as much as he drives me crazy, ever since I was little, he’s always been my go to,” she said. “Even if he’s not around me, I think ‘What would Dad do, or what did he do at my age?’”

Without question, Elizabeth has been fortunate enough to have experimented with a plethora of industries, but unlike her father Dillon, she has no interest in pursuing music though she learned to play instruments and still has a liking for rap music.

For Dillon, he exudes a sense of pride in his daughter and advises other parents to maintain a strong bond with their children by setting the first example.

“You have to be successful yourself to inspire your child, because what you do, is what they will do and they’re not always going to do what you say,” he said. 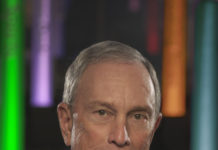 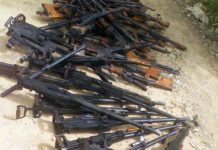 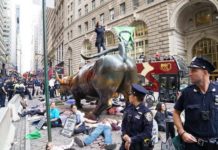 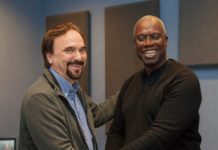 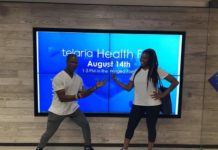 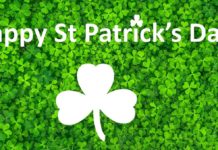